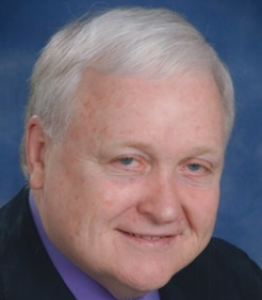 Rev. James M. Sollenberger, 68, of Chambersburg, PA, was released to the arms of Jesus by his family on Friday, January 7, 2022. Born November 9, 1953 in Waynesboro, he was a son of the late Jacob Lesher and Ada Myers Sollenberger. Jim was a 1971 graduate of the Chambersburg Area Senior High School and went on to receive a Bachelor’s Degree from Messiah College in 1975. In 1988 he earned a Master of Divinity Degree from Ashland Theological Seminary. Early in his life he had been employed for eight years with the US Postal Service and he then owned and operated an apiary business for 6 years. Jim was then called to the ministry and served the Lord faithfully and humbly for more than 31 years. He loved his congregations and had served as Senior Pastor at West Shore Brethren In Christ Church in Mechanicsburg, Homerville Grace Brethren Church in Homerville, OH, Hollowell Brethren In Christ Church in Waynesboro, and he retired on September 30, 2019 from West Side Brethren In Christ Church after 18 years. Jim served on the board of Roxbury Holiness Camp for 24 years. He enjoyed history, sports, genealogy, reading, and music. He played the guitar, wrote music, and enjoyed singing.