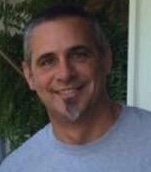 Jeremy grew up in Tulsa, Oklahoma and went to Kansas City College and Bible School in Overland Park, Kansas as well as Hobe Sound Bible College in Florida, where he met his wife Ronda. He knew they would get married the first time he saw her. After 30 years of marriage, he says it’s still her touch and her smile that he needs to have each day. Together they have been remodeling a 250+ year-old house—a place for their three grown children, one daughter-in-law, and one grandson to visit.

Jeremy directs all aspects of the camp’s ministry, prepares budgets and casts vision, which he’s been doing since 2011. He looks forward to continuing to lead the Roxbury team in serving people and sharing Christ’s love. He enjoys attending the services of the various groups and has found it to be spiritually encouraging—challenging him to study the scriptures to find the basis for his own faith. Before serving as the Camp Director, Jeremy pastored Lakeview Community Church in Goodrich, Michigan from 2008 – 2011. Prior to that he served as a youth pastor to churches in Michigan and Oklahoma. He always knows two things: how many days until Camp Meeting and how many days until his next cruise.

Jeremy has been Roxbury Holiness Camps Executive Director since July 2011.  Jeremy served as a youth pastor for 17 years in several states and revitalized a church in Goodrich Michigan from 2001 – 2011.

In his spare time Jeremy  makes custom pens and other woodworking projects.

Zach Spidel is pastor of The Shepherd’s Table, a Brethren in Christ church plant in Dayton, Ohio. He earned his M.Div. from Princeton (N.J.) Theological Seminary.

Give To Support The Ministry of Roxbury Camp